Tackling racism in Scotland, the UK and abroad 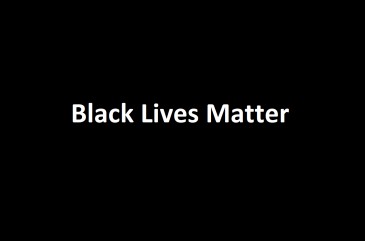 The Black Lives Matter movement has my full support, and allies must always speak frankly and robustly with each other.

In Westminster, during the joint foreign affairs and defence select committee session in Parliament on Tuesday 2 June, we had before us Senator Tom Cotton (Republican, Arkansas) and I made it clear to him that black and minority citizens in the USA deserve much better from their government and that current presidential leadership is undermining his own nation’s ability to work with others to defend human rights and liberty abroad. It is also my intention to raise the concerns expressed by a great number of my constituents with US embassy officials in London.

On 2nd June, Kirsten Oswald MP and Anne McLaughlin MP tabled Early Day Motion 525 in support of the Black Lives Matter campaign, alongside Dawn Butler MP, which I and other SNP colleagues have signed in support.

Personally, I have donated to the Minnesota Freedom Fund, which offers legal assistance to those who need it following the protests. I would encourage others to read up on, listen to, watch, understand, join or donate to the many other similar causes at home or abroad if they can, and encourage others to do the same.

As we look on in horror at what is going on in the United States, we must not fall for any false comfort that Scotland is perfect. I know that Scotland does indeed have problems with racism, and the Scottish Government has committed to doing what it can to tackle the racism that too often poisons our own society.

I can also promise you that I will always be a voice against racism and bigotry as your MP. I see how UK government policy disproportionally impacts upon ethnic minorities – not least when it comes to matters of asylum and immigration. So long as I hold my post I will always advocate a fairer system based on dignity and respect

On the Disparities in the risk and outcomes from COVID-19 report that Public Health England released this week, it is concerning to see that minority ethnic communities are disproportionately affected by Covid-19.

It confirms that the risk of dying among those diagnosed with Covid-19 is higher in those in Black, Asian and Minority Ethnic (BAME) groups than in White ethnic groups. The report is available online here.

As health is devolved to the Scottish Parliament, I want to reassure Scotland’s minority ethnic communities that this is an issue that the Scottish Government are taking very seriously.

The Scottish Government have asked Public Health Scotland to undertake a review of the evidence so that we have a robust understanding of how Covid-19 is impacting on minority ethnic communities. This will inform future action.

The work undertaken by Public Health Scotland indicates that right now, based on the very limited data available, the proportion of ethnic minority patients among those seriously ill with Covid-19 appears no higher than the proportion in the Scottish population generally. However, the Scottish Government have been clear that more research is needed and will continue to monitor the situation closely and improve the analysis as more data becomes available.

On June 9th 2020, the Scottish Government announced a new expert group that will work to provide a clearer picture of the impact on minority ethnic communities of coronavirus (COVID-19).

Following indications that minority ethnic communities may face higher risks from COVID-19, the group will consider evidence and data being gathered by the Scottish Government, Public Health Scotland, National Records of Scotland and the NHS, and advise on policy actions to mitigate any disproportionate effects.

In order to protect our communities, the Scottish Government are putting equality and human rights at the heart of its response to Covid-19 and have acted to provide support to those groups and communities that need it most, from its £350 million community support fund. This has included over £2.3 million to support increased helpline / online support for a range of group, including minority ethnic young people, and £100,000 to support minority ethnic older people to get support with hot meals, grocery deliveries and regular telephone check-ins.

The case of Belly Mujinga was a tragedy - one that should never have happened.

The abuse of any worker is completely unacceptable, particularly key workers who risk their lives to keep us moving and living on a day to day basis.

In Scotland, the Procurator Fiscal's office made it clear that any reported person who deliberately endangers life, or causes fear and alarm by pretending to do so, including by coughing or spitting at someone, will be dealt with robustly by the prosecution service.

As this incident happened in London, it is subject to English law and is a police matter in England.

I seriously hope that the police in England will look carefully at the Health and Safety investigation that is ongoing into Belly's death, and make appropriate responses based on the outcomes of that investigation.

I also support the family of Belly Majinga who have called on employers to ensure people are fully and appropriately protected in their line of work. That is the least we should expect, and I fully support their calls.

Our thoughts are with every family tragically bereaved by a death in police custody and I fully understand the desire for answers following the death of a loved one.

The Scottish Government recently announced the terms of reference for the independent public inquiry into the death of Sheku Bayoh.

Justice Secretary Humza Yousaf has said that the statutory public inquiry will examine the circumstances leading up to the death of Mr Bayoh, the post incident management process and subsequent investigation into his death. The inquiry will also establish the extent to which Mr Bayoh’s actual or perceived race played a part in events.

Mr Yousaf said: “When I announced in November that a public inquiry was to be held, I said then that it is imperative that the circumstances leading up to Mr Bayoh’s death and the events that followed are examined in full and in public. I am pleased that today brings us a further step closer to that.”

The COVID-19 pandemic, including lockdown restrictions, has had an impact on the ability to take forward aspects of work for the public inquiry as resources have had to be focused on essential coronavirus priorities. Progress in certain areas, such as work to identify premises, will be affected by the current restrictions; the Scottish Government will continue engage on these matters with Lord Bracadale and the Justice Secretary will provide further updates in due course, including the appointment of assessors and confirmation of the setting up date.

Scotland, like all of the United Kingdom, played its role in empire and in slavery. You may be interested in this interactive map which shows who benefited from payments made to slave owners across the country when slavery was abolished: the equivalent of £2.5bn was paid out to slave owners at about 430 addresses all over Scotland. It is important that people living in Scotland today are aware of this history.

In addition, Justice Secretary, Humza Yousaf MSP said he had a “good conversation” with Education Secretary John Swinney about race being taught in schools, adding that there was “every opportunity” for schools to teach lessons on racism as part of Curriculum for Excellence.

I know from my own visits to schools on the constituency that things have got so much better but there’s much more to do. Deepening our understanding of history and expanding the literature in schools is the right thing to do. I know that in Glasgow we have a council who understands this - it’s an issue close to the council leader's heart. She’s pioneering work on Glasgow’s role in slavery.

Under the current arms export control regime, the UK government must not grant licences for the export of arms and equipment that might be used for internal repression.

The UK must never act as an enabler for such abuses and the SNP will press the UK government to investigate whether UK-made arms have been used for such purposes and, if the investigations proves that UK defence equipment has been used for internal repression in the United States, to take immediate action and end them.

On the 3rd June 2020 Ian Blackford, the leader of the SNP Westminster Group, raised this issue with Boris Johnson at Prime Minister’s Questions, noting that “the UK exports millions of pounds worth of riot control equipment to the US, including tear gas and rubber bullets” and called for the UK Government to urgently review such exports.

Along with other MPs, from across the House of Commons, I am a signatory to a cross party letter to Liz Truss, Secretary of State for International Trade, calling for an immediate halts to sales of all non-lethal weapons and riot control gear to the United States.

Freedom of expression and freedom of assembly are fundamental rights that every government must respect.

The scenes in the USA following the killing of the late George Floyd have shocked me. Not only such heavy handedness towards peaceful protesters, but attacks on journalists – including a UK journalist – that have no place in a functioning democracy have rightly jarred with many.

Peaceful protests and freedom of the press are a vital part of a healthy democracy. Governments have a responsibility as part of the family of democracies to facilitate such protests and allow people to make their voice heard.