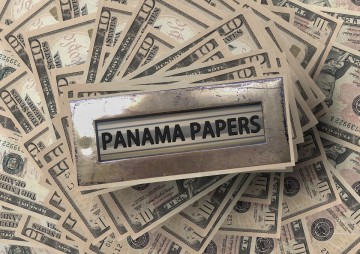 The scale of revelations in the Panama papers has been breath-taking.

It is a matter of the greatest concern that this particular law firm is just one of many operators offering similar services – and this in just one so-called ‘tax haven’.

At a time when the Prime Minister and Chancellor of the Exchequer are imposing yet more austerity upon ordinary working people, the Treasury has been caught sleeping whilst a significant number of wealthy individuals are hiding their money offshore, away from view of HMRC.

The potential loss of revenue to HMRC and the UK is vast – it is impossible to tell just how much is slipping through the Treasury’s hands, and the money lost to the Exchequer through such opaque financial practices could amount to a significant contribution towards paying down the nation's deficit.

The SNP Deputy Leader and Economy spokesperson, Stewart Hosie MP has called on the Chancellor, George Osborne to make an urgent statement on the continuing fall-out from the publication of the Panama papers and what action he is going to take to end the abuses outlined.

I have already submitted questions to Parliament for the Chancellor of the Exchequer to answer on this issue and the responses will be published here on my website when they are received.