After eight gruelling years of this Government’s grim economic policy, at her party’s conference the Prime Minister declared that "austerity is over".

This may well make good headlines but, for people across these islands, it remains meaningless and – in one particular case –falls apart in practice -unpaid work trials.

This unfair practice remains a blight on our employment sector and is exploitative to workers – particularly young people, students and migrants. If people are going to be offered a trial period where they apply their skills in the hope of securing work then they should be paid fairly and properly.

Earlier this year I introduced a Bill to Parliament to outlaw the practice of unpaid work trials, which was also supported by employers, universities, trade unions, legal experts and colleagues from all political parties, and would’ve changed lives for millions of workers.

Unfortunately, the Government talked out my Bill, but I have kept campaigning on this and the issue will not go away – despite what the Government may wish.

A recent YouGov showed that two-thirds of the public are against the use of unpaid work trials, which shows this is an issue the public feel strongly about.

More so, a recent study, Unpaid Britain (November 2017), by Middlesex University and the Trust for London, also estimated that workers are missing out on £3billion in wages with the "episodic" theft of unpaid trial shifts contributing towards this.

We should all be doing what we can to combat this exploitative and outdated practice.

Over the past year, I’ve found instances of employers being caught out for offering unpaid work.

From supermarkets such as Aldi, who have disputed this, and with whom I disagree, to broadcasters such as the BBC, who confirmed this was indeed happening, unpaid shifts remain rife across the board.

My Bill was an opportunity to end such unfair practices, and ensure people have the financial, job and household security they deserve. But the fact the Government talked out the Bill, and their current unwillingness to engage with me on the issue, has showed their true attitude to fair work.

The law in this area is still incredibly grey and with the nature of that workforce meaning that they are often not unionised, the opportunity for testing it in court is often out of their reach.

The Budget is therefore a chance for this Government to take steps to prove it really will support those just about managing. The Chancellor could do this by supporting a ban on unpaid trials, and investing further in preventative measures so that HMRC can closely monitor and clamp down on employers who exploit workers.

The culture of unpaid work is a scourge on society and, the UK Government must show at least some willingness to tackle this exploitative practice.

If the age of austerity is truly over, which the Prime Minister has said it is, this Government has to actually help those who have struggled the most over the past decade, which means ensuring those seeking a job never have to worry about exploitation or loss of wages ever again.

BBC bosses have been accused of exploiting needy jobseekers after they were caught asking potential employees to graft for free – despite having a longstanding policy against unpaid trial shifts. 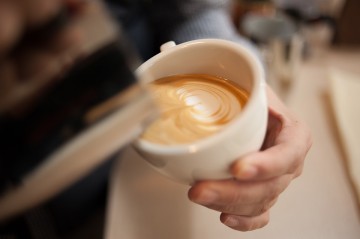 BBC's Rip Off Britain met jobseekers who have been left out of pocket and wondering if a line has been crossed between work experience and exploitation.

Stewart McDonald MP has urged the Prime Minister to use her conference speech to call for an end to unpaid work trials.

Rights at work for students

As many start or head back to university and college, Stewart McDonald MP has produced a list of tips, info and advice to make sure students are aware of their rights at work.