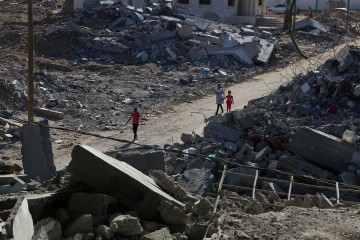 Like other Members, I am absolutely appalled by what is happening in Palestine right now.

It is important to note that we in the SNP support the European Union position of a two-state solution based on the 1967 borders. We firmly encourage Israel and Palestine to reach a sustainable, negotiated settlement under international law, based on mutual recognition and the determination to coexist peacefully. I, and other SNP MPs, will continue to engage with the Israeli and the Palestinian authorities through visits to the region and encourage them to work towards this.

What is crucial is that international law must be upheld and human rights must be respected.

The killing of demonstrators, including children, is both appalling and completely unacceptable. The heightened tensions in this long and protracted conflict has not been helped by the reckless move of the US embassy to Jerusalem.

Whilst I welcome the UK Government’s call for UN probe into deadly Israeli live fire against Palestinians, the UK Government really needs to find some more backbone. The Foreign Secretary, Boris Johnson, didn’t even bother to come to the House to outline what the UK’s response would be. He, and the rest of the Government, need to make it clear to the government of Israel that its deadly actions against protesters will not be tolerated by the international community, and I will continue to press the Government on this matter. 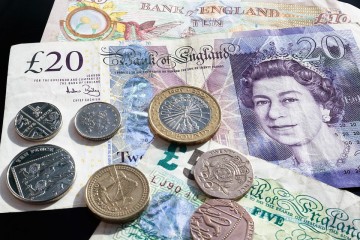 If you are under state pension age and care for someone for at least 20 hours a week, you can claim a credit to help to ensure you get a full state pension when you retire.

One year of credits could fill a gap that could mean an extra £237 a year on a state pension if your pension contributions record is inadequate. Or it could boost a pension, in some circumstances, even if you already have 35 years' contributions.

To get these credits you must be caring for at least 20 hours a week for someone who gets one of the main non-means-tested disability benefits, such as attendance allowance or personal independence payment at the standard or enhanced rate.

Whilst I still maintain it is wrong that Scotland be taken out of the EU against its wishes, and we should be working hard towards retaining our place in the Single Market, we still have important work to do to ensure the Brexit Bill protects everybody’s interests.

I have received a lot of messages from constituents regarding the Grieve amendments and delegated powers. These are extremely important, and several of my SNP colleagues across the House have sponsored these amendments.

We in the SNP are extremely concerned about the potential power grab the Brexit Bill throws up. The Bill is going to be an unprecedented legislative task, aiming to convert 80,000 items of EU law into UK law in preparation for Brexit, and we want to make sure that the Government does not use antiquated, backdoor measures – the so-called Henry VIII powers – to escape parliamentary scrutiny. We also need to ensure that the Great Repeal Bill does not turn into the ‘Great Power Grab’ and the Tories need to make it unequivocally clear that devolved matters will be returned to the Scottish Parliament after Brexit.

Should the Bill present such threats and the amendments address these concerns, I will vote in favour of the amendments, continue to hold the UK Government to account and continue to defend the interests of Scotland.

These amendments, along with the UK Government's bizarre attempts to enshrine the date and time of Brexit into UK law, which could result in this Tory Government blundering its way to no deal, deserve to be heavily scrutinised, and I shall be doing my up-most to protect the interests of Glasgow South and Scotland as a whole.

It's come to my attention that some constituents could be missing out on Pension Credit, with an average claim being worth about £2,000 a year.

Whilst each family entitled to the benefit, the DWP have said up to 1.4 million people on low income are missing out on a top-up to their state pension, with £3.3bn of Pension Credit still going unclaimed.

With around 1.9 million pensioners in the UK in poverty, it is deeply troubling that such a large number of these benefits remain unclaimed.

I would therefore urge people to talk to friends, relatives and neighbours to ensure they are claiming Pension Credit.

To check your full entitlement it's best to call the Pension Credit claim line on 0800 991 234, Monday to Friday between 8am and 6pm, or visit www.gov.uk/pension-credit, where a calculator can establish whether you may be eligible and how much you could receive.