Statement on Afghanistan and how you can help 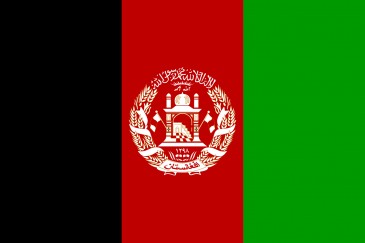 The UK Government’s surprise at the pace of the Taliban resurgence in Afghanistan is deeply concerning. It speaks to a catastrophic lack of political investment in a conflict which has claimed the lives of hundreds of UK soldiers and hundreds of thousands of our allies.

Despite weeks of warnings and increasingly desperate pleas for help from Afghan interpreters, the Home Office was telling Afghan asylum seekers just days ago that they could move to Kabul to escape the Taliban. As the UK Government now deploys soldiers to evacuate UK diplomats from the capital, it is clear that the Home Office’s asylum policies are as ill-informed as they are inhumane.

Scotland stands ready to accept refugees trying to escape Afghanistan. Many have already made Scotland their home and added greatly to our society and culture, and they too will remain worried about friends and family back in Afghanistan.

The First Minister has already said that Scotland is here to play its part in helping refugees, and she highlighted the work of the Canadian government, which is helping to resettle 20,000 Afghans threatened by the brutal Islamist group

I, and the rest of my SNP colleagues, will push the UK Government to work with other powers to establish safe travel corridors and assistance to those fleeing Afghanistan, as well as ensuring the UK opens its doors to those who wish to come here.

The UK Government slashed aid to Afghanistan by 78 per cent at the same time as it announced the troop withdrawal, leaving the country’s fragile democracy to crumble. To pull the rug out from our allies like this is short-sighted, narrow-minded and indefensible.

Aid spending on Afghanistan must be increased, and the impending cut to the overseas aid budget must be cancelled and reinstated at 0.7% immediately.

In the meantime, there are things you and I can do to help those who need it:

This is a political failure of the highest order. The Prime Minister must urgently set out what plans his government has to ensure that twenty years of sacrifice and investment by UK forces and our allies in Afghanistan have not been in vain.