Response to the cost of living crisis 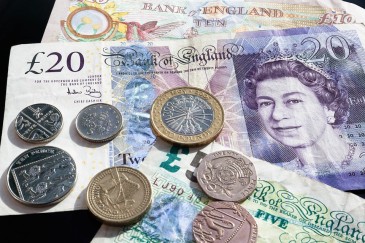 The cost of living crisis is the number one issue that constituents are writing to me about. Many people are already suffering with food and energy costs, some are writing to me panicked about what’s to come. The anxiety people are dealing with is understandable and I will always do what I can to help.

Right across the country households are facing a serious cost of living crisis exacerbated by the UK Government’s inaction, its approach to Brexit, and Putin’s illegal invasion of Ukraine - which is pushing up food prices, and those on the lowest incomes are hardest hit.

A cost-of-living survey I carried out earlier this year for residents of Glasgow South laid bare the issues facing people across the constituency.

Constituents told me they have mostly sacrificed on energy and said they would turn on their heating less frequently, if at all, and had even given up on cooked meals. To manage the increased cost of living, people told me they’ve had to ask family or friends to borrow money, taken out credit cards, and resorted to selling possessions.

Following the survey, I wrote to the Chancellor calling on him to meet the asks of Southsiders – increased energy grants, action to reduce to energy price cap, reduction of VAT on energy bills, uprating benefits, and increasing and equalising the minimum wage across age groups.

These asks were rejected

In Westminster, my SNP colleagues and I have implored the UK Government to do more to tackle the ongoing cost of living crisis. SNP MPs have continuously highlighted the impossible choice people across the country are having to make, between heating their homes or eating, in debates

Westminster holds most of the powers needed to tackle the cost-of-living crisis – both in the immediate and longer term – including over energy, the minimum wage, National Insurance and 85% of social security spending.

The UK Government announcement in May was too little, too late, with most support not coming until autumn. We also cannot wait until a new Prime Minister is in place.

The First Minister, Nicola Sturgeon, recently wrote to the current Prime Minister calling on him to convene an emergency four nations summit to address the cost of living crisis and has urged the UK Government to step in and do what it must for energy price rises to be cancelled.

In addition to doing everything possible within its powers, the Scottish Government is renewing its call for urgent action from the UK Government including: an immediate doubling of the direct financial support, cancellation of the forthcoming increase in the energy price cap, an energy price cap for Small and Medium Enterprises, support for business, a further windfall tax, and additional funding to support public sector pay increases and protect the recovery of public services.

My colleagues and I will continue to call for additional support to households for energy bills, particularly since these are going to increase significantly over the coming weeks and months.

The SNP has consistently called on the UK Government to scrap the NI hike, and to match the Scottish Government’s increase in the Scottish Child Payment (to £25 a week) - a payment anti-poverty campaigners said is a “game changer”. We have also called on the UK Government to scrap benefit debt deductions and the two-child limit imposed on those claiming universal credit, and to uprate benefits.

The Scottish Government has continually urged the UK Government to use all the powers and fiscal headroom at its disposal to address the cost-of-living crisis.

As Westminster prevaricated about using reserved powers to ease the UK cost of living crisis – exacerbated by Brexit – the Scottish Government has taken various actions, within devolved powers and a fixed budget, to help struggling families.

This includes spend on the Scottish Government’s unique social security payments, their 5 family benefits including the Scottish Child Payment (now doubled to £20 a week), bridging payments for families with children in receipt free school meals, Carer’s Allowance Supplement, and mitigating the UK bedroom tax for around 90,000 households.

By the end of 2022, the Scottish Government’s package of 5 family benefits for low income families will be worth up to a maximum of over £10,000 by the time a family’s first child turns 6 – and £9,700 for second and subsequent children.

The Scottish Government’s 2022-23 budget has allocated almost £3bn to a range of supports that will help mitigate the impact of the increased cost of living on households. This includes work to tackle child poverty, reduce inequalities and support financial wellbeing, alongside social security payments not available anywhere else in UK.

Work is on-going to ensure support reaches those struggling – building on the support the Scottish Government is giving that is not available elsewhere in the UK. This includes:

Further examples of Scottish Government action to help with the cost-of-living crisis include:

Whilst the Scottish Government has taken significant action to help people in Scotland through the cost-of-living crisis, their limitations in how they are able to act has laid bare the issues with the Westminster system.

In the meantime, I will continue to sign post people to the current help and support available, and will call on the UK Government to step in and do more to ease the cost-of-living crisis for people across the Southside and beyond.