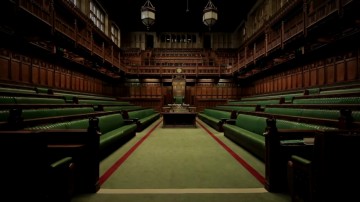 Stewart McDonald’s bill sought to end the practice of employers asking job applicants to work for hours, days, or even weeks without any payment or guarantee of a job at the end of it. Despite wide cross-party support for the bill, a public petition with over 140,000 signatures, and the backing of leading organisations including the Scottish Trade Union Congress (STUC), the UK government prevented the bill from going to a vote.

If passed, the bill would have established in law what constitutes a trial work period, ensured that those on trial work periods are paid at least the minimum wage, and set requirements for employers, including making clear how many positions are available, providing a copy of the job description, and introducing a requirement for feedback. It would also have made provision to challenge those in breach of the law.

Unpaid trial shifts contribute to an estimated £3billion in lost wages in the UK every year. Following today’s debate, the SNP has called on the UK government to change the law or devolve powers over employment law to the Scottish Parliament so that the SNP can introduce legislation in Scotland.

“The UK government must now commit to changing the law, or devolve employment law powers to the Scottish Parliament so that we can do it ourselves.

“All people want is to be treated fairly - but too often those who are desperate for a job are being asked to work for hours, days, or even weeks without any pay, or any guarantee of a job at the end of it.

“A fair day’s work deserves a fair day's pay – and there is huge public support for a ban on unpaid trial shifts. The Tories might have used parliamentary trickery to prevent my bill passing today, but the SNP campaign to change the law and improve workers’ rights will continue.”