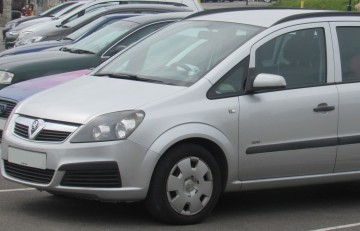 The recall of over 200,000 Vauxhall cars following an engine problem that has resulted in some vehicles bursting into flames is a scandal that is literally putting lives at risk.

I have compiled a short questionnaire for anyone who has been affected by this issue, and hope to use my position on the Transport Select Committee to pursue both industry and government on behalf of consumers across the UK.

Vauxhall’s reputation with its loyal customer base is in serious doubt as they have handled this sorry affair appallingly. It should not have taken hundreds of cases of cars overheating to the point that they were going on fire for Vauxhall, or indeed the DVSA (Driver and Vehicle Standards Agency) to get a grip of the situation.

Vauxhall have said that the blower motor resistors should never be repaired and should only be replaced. That then begs the question; who signed off on the repairs and why? This mistake has put the safety of the public at risk and shows, yet again, an industry that seems to have contempt for its consumers.

This is not good enough. Vauxhall even admitted they first knew of the fire risk back in 2009, they knew the car wasn’t safe and have continued to sit on their hands for too long.

The company’s response has been wholly inadequate and, following on from the Volkswagen diesel emissions scandal, the demonstrates that car industry bosses are all too willing to treat their customers with contempt, by putting the health and safety or the public at risk.

Click here to respond to the survey I have compiled on Vauxhall Zafira fires. Survey closes September 1st 2016.