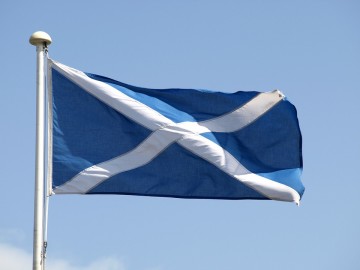 Yesterday the First Minister announced her intention to call a referendum on independence for Scotland.

Since the decision taken on June 23rd last year, thousands of you have written to me, visited my surgeries and sent messages about your concerns. I have done my best to listen and represent you.

Whether or not you agree with independence or Brexit, the bulldozer approach of the UK Government is not in the interests of my constituents. It is why we will let you decide where power should lie to protect our interests - the Westminster Government or our Government in Scotland.

I understand that there will be some who may not welcome the prospect of a new referendum. To you, and to all of my constituents, I will make this promise to you.

As your MP I will do my best to ensure that the debate we have is civil, objective and non-tribal. I will promote a dialogue that listens respectfully to different opinions and does not call into question the motives of those who we have an honest disagreement with. I will make myself as accessible as possible to answer your questions and hear your point of view.

If, as I hope, a vote in favour of independence is successful then I am conscious that the following day there will be those who feel a sense of loss and possible anxiety. I will still be your MP and it will be my job to help ensure we can move forward in an objective and cohesive way.

What we face right now – irrespective of the constitutional status Scotland finds itself in – is the question of the renewal of Scotland. We all have our views on how that should happen and I look forward to hearing them from people right across the Southside.