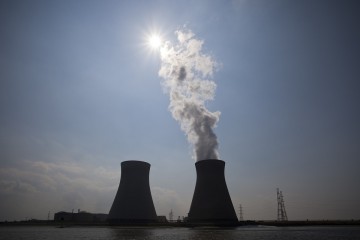 The UK Government need to tell parliament exactly what is going on with Hinkley.

Plans for a new nuclear power station have been a billion-pound white elephant from the start, and have steadily descended into a farce.

The rising costs and delays surrounding Hinkley should be ringing alarms bells for the UK Government but instead of addressing these concerns they are ploughing billions of pounds of taxpayer’s money into a form of power that the people of Scotland neither need nor want.

The SNP’s view is that Hinkley is a bad deal that will push up bills and cost taxpayers a fortune for many, many years to come.

Despite nuclear energy being less efficient and more costly than wind power, the UK Government continues to pursue this folly while slashing support for onshore wind.

The decision to cut support for onshore wind could cost £3 billion in new investment and put more than 5,000 jobs at risk in Scotland.

This government’s obsession with nuclear will be costly for taxpayers and businesses in Scotland – and the SNP have called on the Tories to rethink their energy policy which is not delivering for consumers or energy security.

In this year’s alternative Queen’s Speech, the SNP set out an Energy Security and Investment Bill, which would have committed to a comprehensive strategic review of tax rates and investment allowances in the North Sea oil and gas sector, ending the UK government’s commitment to the Hinkley C project, and directing investment towards renewables and carbon capture and storage.

The Tories are being very short-sighted on energy policies, which will rein pulling funding for renewables which supports thousands of jobs and will provide clean, green energy for decades to come and diverting it towards dirty, dangerous and unreliable nuclear power. 