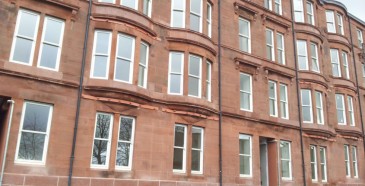 More than ten years ago, before I was an MP, I became involved in my first ever asylum case. It was that of a young mother and daughter who were claiming asylum in Glasgow. They wish not be named, but the reason for their asylum claim was that the 10 year old daughter was facing the prospect of female genital mutilation if she was sent back to her father’s family. It was also probable that she would never see her mother again.

At the time I was working for my now MP colleague, Anne McLaughlin, who was then an MSP for Glasgow. We worked on a campaign of awareness raising that involved politicians from other parties, community groups, religious figures and celebrities. Along with a lot of letter writing, phone calls, private appeals, fundraising and even a choir assembled on the steps of the Glasgow Royal Concert Hall, the Evening Times, as it then was, took up the case with gusto. The message was clear: this mother and her 10 year old daughter belonged to Glasgow - the only place she knew and where she’d received her education.

Although Glasgow has seen many anti-raid demonstrations and raised a banner of welcome to those seeking sanctuary in our city, we have had some real tragedies in which lessons still have not been learned by the Home Office.

Who can forget the tragedy of the Serykh family? A mother, father and teenage step-son who had been seeking asylum from Russia took their own lives by jumping from the 15th floor of Glasgow’s Red-Road flats. This was shortly after they were told to find alternative accommodation because their applications had been refused. The once iconic symbol on Glasgow’s skyline had been turned into a place of misery and despair by the UK Home Office.

There are too many cases to mention, and that's before I even think about the ones that cross my own desk as a constituency MP with a significant community of asylum seekers.

Yesterday’s raid in East Pollokshields – just outside my own patch - was another example of mindless inhumanity. An asylum system that puts dignity front and centre would be able to avoid this, as evidence from other countries shows us.

Like everyone, I don’t want to see large crowds on our streets just yet, because we are still going through the pandemic. But like everyone who took to Kenmure Street yesterday, I’m sick to the back teeth of seeing the mighty instruments of the state used to terrify vulnerable people. There is a better way to do this and the choice of not doing so is a political one.

There is also an important message I want to convey to my constituents who are seeking asylum and will no doubt be worried about what they saw yesterday: I am your MP too. I will always support you to the best of my ability, and you can have the confidence to come to me and seek help if you need it. I will never act against your interest, I am not an extension of the Home Office and your concern, as my constituent, is my overriding priority.

Glasgow did itself proud yesterday, as it has done before when it comes to rallying round those in need of solidarity and support. We saw what can happen when we don’t back down. We must now use that energy – all of us: politicians, campaigners and members of the public – to campaign for a better system.

So to end on a positive note, the mother and daughter mentioned above are now, happily, still living in Glasgow. The young girl is now a young woman, and attends university here. They are in a happy place and that was made possible by ordinary Glaswegians who refused to see them snatched from our city. No matter what you give to a protest or a cause, know that it can be worth it in making a difference for good.