Statement on Dominic Cummings: He must go 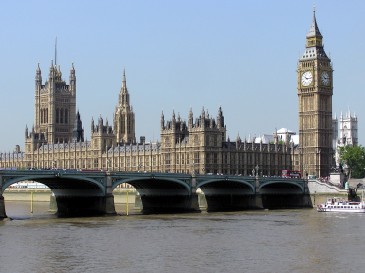 Over the weekend, it emerged that Mr Cummings travelled 260 miles in April from his home in London to another home in Durham, breaking his own government's lockdown rules.

It was also confirmed that he drove nearly 30 miles to Barnard Castle to “test his eyesight” before returning to Number 10 – another breach of lockdown rules and health advice.

People across Scotland have made huge sacrifices over the months to obey the rules, such as stopping seeing loved ones, struggling on with childcare despite falling unwell, and – heartbreakingly – accepted they cannot be with family or friends in their final moments.

It is appalling that Boris Johnson's most senior adviser threw all these rules to the wind, and worse still that he and his government are defending him.

Yesterday’s statement by Dominic Cummings did not add up, and further showed his actions were at odds with the guidance and rules many others have followed with considerable sacrifice, and continues to display a level of arrogance that should be nowhere near government.

Some things did become clear from his statement. He’s not sorry. He didn’t offer to resign. He didn’t consider resigning. That is unacceptable.

I completely understand the strength of anger and dismay my constituents, and the wider public, feel towards the Prime Minister and his adviser, and I am 100% agreement with them on this issue.

There cannot be one rule for them and another for the rest of us. Dominic Cummings must go.

People must have confidence that the UK government is following its own rules - not breaking them and ultimately being investigated by the police for doing so.

There are understandable questions on Boris Johnson's judgement regarding this. The fact that there has been a Downing Street cover-up, with the public kept in the dark for eight weeks until newspapers uncovered the story, makes it even worse.

Anger over this will only grow unless credible answers are provided, which is why the SNP has called for an urgent Cabinet Office inquiry.

We shall do what we can to ensure the opinion of the vast majority of the people of Scotland is heard, and that Dominic Cummings and the UK Government are held accountable for the blatant disregard of their own lockdown rules, which risks undermining all of our efforts so far.

In Scotland, the clear public health advice has not changed – please stay at home.

However, the Scottish Government is reviewing the current rules this week there is some hope that there will be gradual easing of some restrictions, evidence permitting.

I am hugely grateful to the people of Glasgow South, and all of Scotland for their efforts thus far - it is saving lives every day. You have all shown an immense degree of sacrifice and contributed to the greater public good. Thank you for you doing so, and please help by persevering with it a while longer.