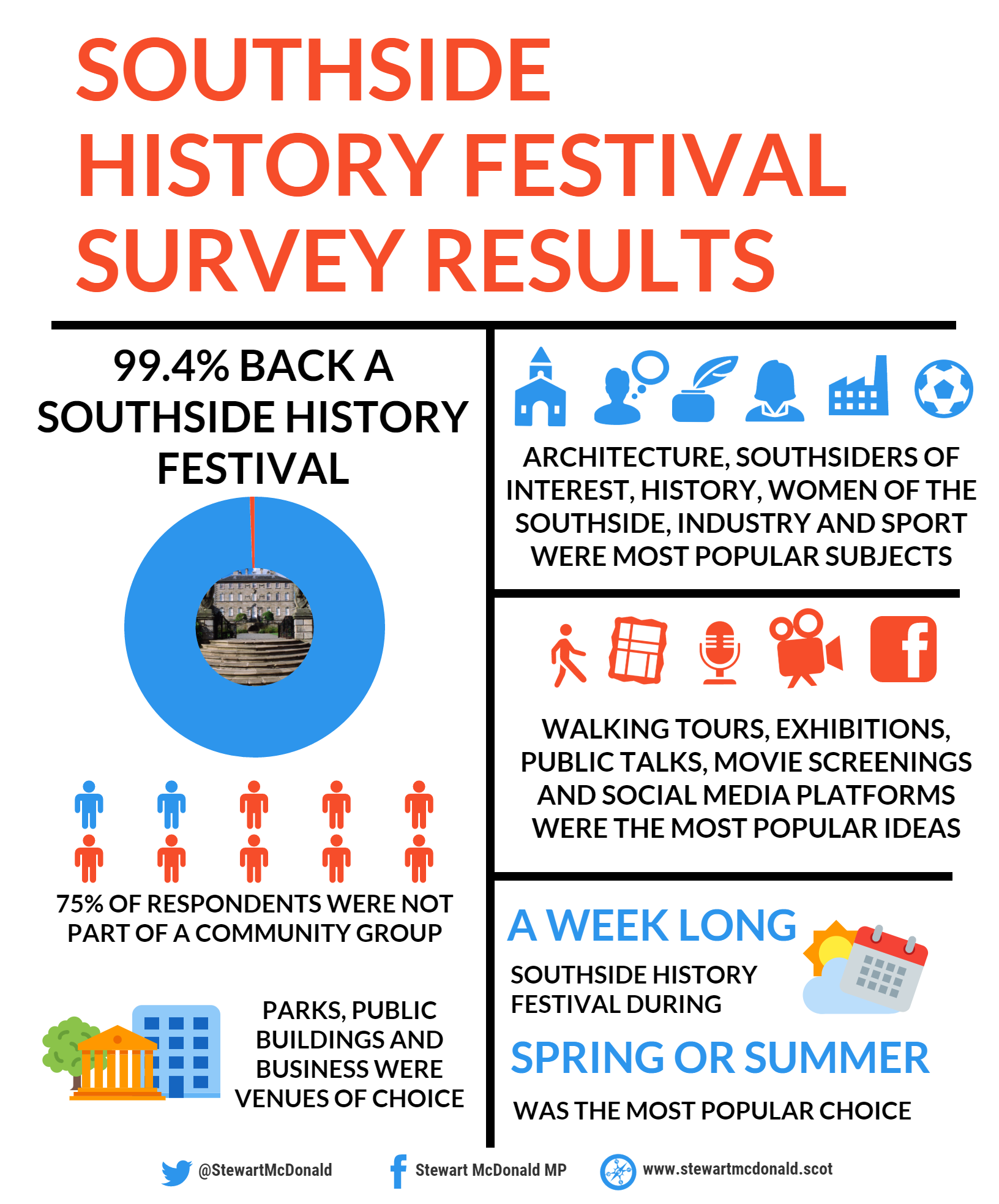 Residents of the Glasgow South have overwhelmingly backed the idea of a History Festival for the Southside of Glasgow following a survey that was carried out by the local MP.

Stewart McDonald, SNP MP for Glasgow South, launched an online questionnaire seeking input from constituents on the possibility of a Southside History Festival, and 99.4% of respondents backed the proposal.

Results from the survey showed that walking tours, exhibitions and public talks were the type of events that were most sought after, whilst historical events, industrial history and architecture were the main topics of interest. Respondents were also keen that notable women of the Southside should be incorporated into the festival.

In addition, most of the respondents believed a Southside History Festival should last a week or longer during the spring or summer months.

“The response has been incredible. The Southside boasts an incredible history and heritage, and it’s great to see Southsiders so positive about sharing that with the people of Glasgow.

"We boast a great collection of historical buildings – such as Holmwood House and Cassiltoun Stables – and heritage trails like those in Pollokshields and in Langside. The Southside has been home to some of Glasgow’s most notable characters in history, such as John MacLean and Mary Barbour.

"The task now is to pull together some of the interested groups and individuals to see how we can put together this idea and hopefully get it off the ground. It is clear that there is a public appetite for the Southside history festival, so I’m hopeful we can meet those aspirations.”