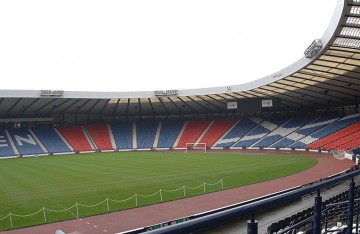 Stewart McDonald MP has joined a long list of local stakeholders in sending a letter to support the retention of Hampden as Scotland’s National Stadium.

The letter suggests a move to Murrayfield would create several “unknowns”, creates an uneven playing field for the distribution of the most popular sports in Scotland and could have a damaging impact on the future of Queen’s Park.

“Glasgow has been home to world-class sporting events over many decades, at which Hampden has been a major part and enjoyed by many tens of thousands of people.

“To end that historic title as being the home of Scottish football would be a major blow to Glasgow’s reputation as a world-class sporting city.

“I therefore am supportive of the efforts to ensure Hampden Park remains as Scotland’s national stadium, with a deal that benefits all parties involved and has the determination and ambition to better our city’s sporting reputation even more.” 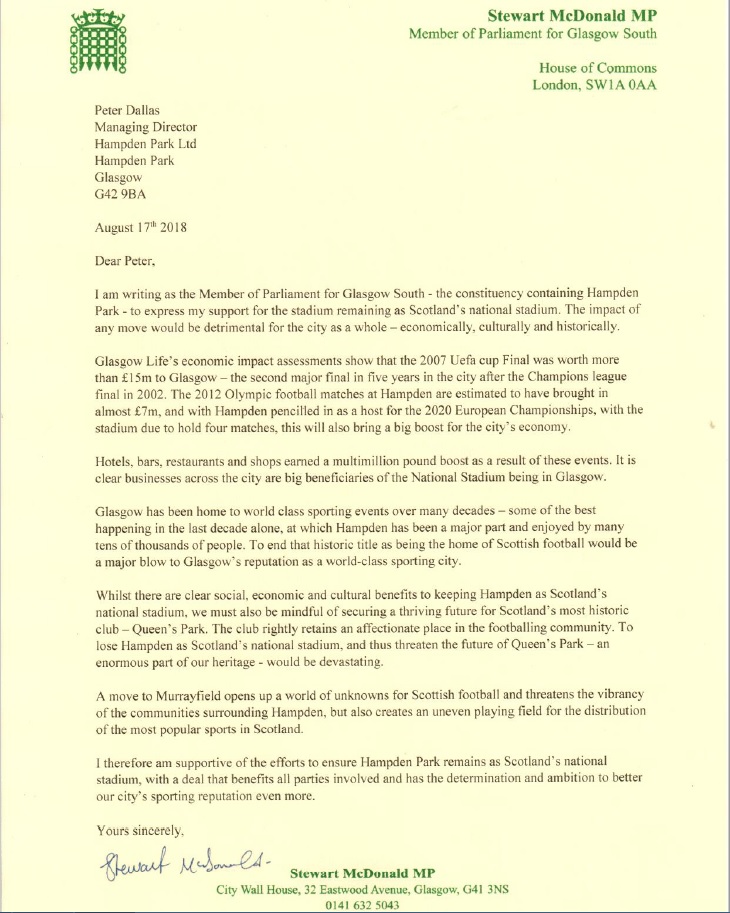