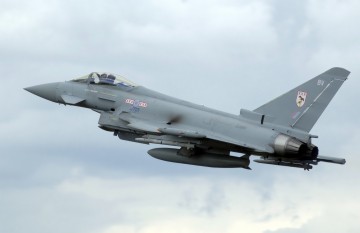 The SNP’s Defence spokesperson has written to the Prime Minister to raise concerns Labour opposition members were briefed by the National Security Advisor on the government's airstrikes in Syria, on the basis they were sympathetic to the government’s position.

It follows a Point of Order in the House of Commons today when Stewart McDonald MP asked if Labour members received intelligence briefings despite not being members of the Privy Council.

In the letter to the Prime Minister, Mr McDonald said he sought further assurances that this was not the case, and any revelation of such sharing would not only undermine the role of the Privy Council but undermine the ability of Parliament to rigorously scrutinise and debate the UK’s military role in the Syrian conflict.

While the SNP has been united against the UK government’s military intervention in Syria, Labour have been divided on the issue.

“It was with deep concern to hear that Labour members have been receiving such classified briefings – on the basis they would support the UK government’s military action in Syria.

"The Privy Council has had long-held conventions to protect classified information - for this to be shared with particular Labour MPs raises questions.

“I sincerely hope the Prime Minister will be able to assure me that Members without Privy Council privilege did not in fact have sight of national security advice following her government’s decision to launch airstrikes in Syria."