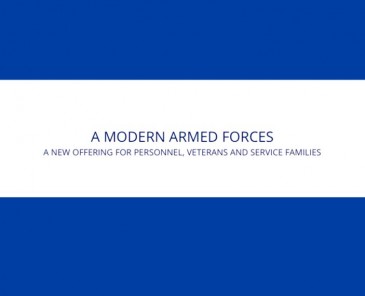 Marking Armed Forces Day today, SNP MP Stewart McDonald has published a new paper which recognises the vital role the Armed Forces plays, sets out key policies to improve conditions, and which aims to act as a key cornerstone of Scotland’s approach to the Forces community.

The paper - titled ”A Modern Armed Forces: A new offering for personnel, veterans and service families” – highlights the heroic effort of personnel over the past year in dealing with the Covid pandemic and vaccine rollout, calls out the neglect with which successive UK governments have treated the Armed Forces with, and sets out a range of key policies to improve and strengthen the Forces community and make it fit for the modern age.

The policies include recommendations around recruitment and retention, working conditions and pensions, housing, veteran affairs, education and health, and the establishment of an Armed Forces Representative Body.

“From assisting with the rollout of life-saving vaccines across Scotland to undertaking peacekeeping missions, members of the Armed Forces have quietly continued their vital work during this past unprecedented and difficult year.

“As we mark Armed Forces Day, we must go beyond the rhetoric and take steps to properly recognise the role and contribution of our Forces personnel, and to address the serious challenges facing them and their families.

“For far too long, successive UK governments have failed our Armed Forces – with personnel expected to make enormous personal sacrifices in exchange for some of the worst pay and conditions offered by any European or NATO ally.

“On housing, pay, recruitment, retention, support for military families or those who leave the armed forces, the government has let too many people who have served in uniform down.

"But it is incumbent on us to bring forward solutions and that is what I am pleased to be doing today.

"I hope the publication of this new report, which contains recommendations aimed at improving terms and conditions for those in the armed forces, is taken seriously by the government and acts as a catalyst to move us beyond the usual platitudes. Members of the armed forces want action now and that is what this report is about.

“Beyond that, I hope it is also a key cornerstone for how an independent Scotland will approach these issues, ensuring that we are in line with other European and NATO countries in having an armed forces that is modern, resilient, flexible and meets the 21st century needs of those who choose to serve in uniform.

"It's clear that Scotland's security interests are increasingly an afterthought at Westminster, and that the only way to properly protect our interests and improve the role and conditions of our Armed Forces is to become an independent country. But the suggestions contained within this report are eminently sensible and achievable now, and I hope the government will take them on."