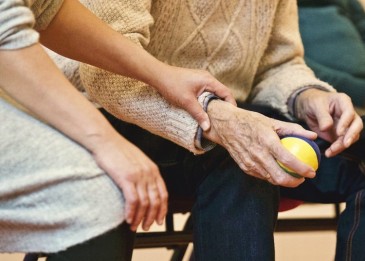 Stewart McDonald MP has said the Tory government must U-turn on their decision to impose hospital car parking charges for NHS workers and patients in England.

The SNP in Westminster have called for the Tories to follow Scotland's lead where the SNP government scrapped hospital car parking charges twelve years ago in 2008.

The MP for Glasgow South echoed comments by SNP Westminster Leader Ian Blackford MP on this morning's ITV Good Morning Britain where he told Piers Morgan and Susanna Reid that "nobody should be paying to visit a hospital car park during the crisis or in the future.”

While NHS Staff in England have temporarily been able to park for free during lockdown the Tory government has said the funding will not continue and parking charges will be reimposed.

Some hospitals in England charge as much as £3.50 per hour for the use of their car parks, including for staff and patients. The SNP Scottish Government scrapped hospital car parking fees in Scotland in 2008.

“The Tory government must urgently U-turn on its decision to impose hospital car parking charges. It's not fair to expect NHS staff and patients to pay when they come to hospital.

"There is no point in Tory ministers clapping our NHS workers for the cameras one minute and then imposing charges on them the next. The Tories must now follow Scotland's lead - where the SNP government already scrapped hospital parking charges twelve years ago in 2008.

"The Chancellor must also outline a major funding boost to the NHS and social care at the fiscal statement today by raising healthcare spending to the £136 per capita higher level in Scotland. This would deliver an extra £35billion for NHS England and £4billion for NHS Scotland in Barnett consequentials.

"That is the level of ambition we need to see from the UK government if it is serious about providing the support all four National Health Services need to cope with this unprecedented health crisis, to put social care on a secure footing, and to come out the other side fit for the future.

"A decade of Tory austerity and outsourcing has fragmented the NHS in England and reduced the funding available for the NHS and social care. The UK government now needs to put this right by delivering a major boost to funding.

“The SNP will always stand up for our Scottish NHS but, if we are to secure a strong recovery and build a fairer future, then the NHS and social care must be at the heart of the recovery package."