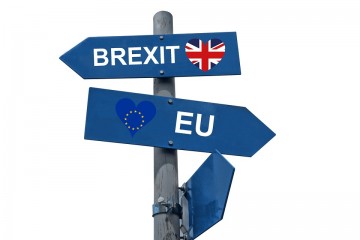 Millions of people have signed a petition calling on the UK to revoke Article 50 and remain in the EU. I support this.

It is absolutely crucial that this action is taken immediately in order to avoid a catastrophic hard-Brexit, which will hurt our economy, throw uncertainty upon citizen’s rights and have potentially life-threatening consequences in our health sector.

For weeks I have been signing and supporting amendments in Parliament that would see Article 50 revoked – and I will continue to support and vote for this.

In the next few days, Parliament will vote for the Article extension that was agreed between the UK and the EU, and we expected the Prime Minister to bring her botched deal back to the House for yet another vote.

I will vote for the extension. I will not support the Prime Minister’s deal

The deal the Prime Minister has brought back does not protect Scotland’s interests. We need to ensure either the UK remains in the Single Market and Customs Union, or Scotland should have its own special arrangement like is reportedly to be the case for Northern Ireland.

If the Prime Minister’s deal is rejected – again – all options must be on the table, and further, indicative, votes on a path forward could take place.

In this case, I will support a vote on revoking Article 50 and remaining in the EU.

Another option would be to support a People’s Vote on Brexit, which I would also vote for if the opportunity arose in the House of Commons. But, we must ensure that Scotland is once again not put in a position where the country votes to remain in the EU, but is dragged out anyway as a result of votes elsewhere.

Recent events have made it clear that the Prime Minister cannot command a majority in the House of Commons for her Brexit deal, and she is losing control.

Her only two options now are to either seek a new Brexit path, or resign.

To me it is crucial to honour the expressed wishes of the people of my constituency and the vast majority Scotland – who voted to remain in the EU – which is why I will continue to voice my support for Article 50 to be revoked in its entirety.