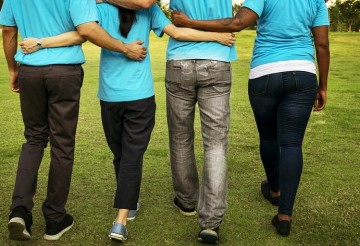 UEFA recently started advertising volunteer roles across the 12 different cities that are hosting matches as part of Euro 2020 – including Hampden Park in Glasgow.

However, concerns have been raised regarding some of the volunteer roles and the terms and conditions of the placements that are being offered by UEFA.

The MP, who has long campaigned against unpaid trials, and other forms of unpaid work, has written to UEFA President, Aleksander Čeferin, calling on the organisation to give recruits flexibly in their roles or pay for the work they do.

“Whilst the vast majority of Glaswegians look forward to Euro 2020, and I in no way wish to discourage genuine volunteering opportunities, which allow people to gain a variety of valuable skills, I am slightly concerned about the questionable volunteer roles offered by UEFA.

“Many of the volunteer roles advertised by UEFA – such as transport, media, ticketing, antidoping, marketing and match operations - would normally be paid, and it appears candidates are being subjected to strict terms and conditions – such as having to be available on all the match days at their chosen venue.

“Either the terms or conditions of the programme need to be overhauled so as to ensure the volunteering is genuine, or the positions as they are currently constituted need to be paid as per employment law.

“I don’t believe that it is unreasonable to conclude that if UEFA are going to offer individuals roles in such highly skilled areas, and over set hours, then they can afford to pay those who are willing to do the role.

stated that your organisation’s revenue was 279.8m Euros, and one ticket for a game in Glasgow at Euro 2020 can cost up to 185 Euros.

“Accepting either of these conditions would ensure a positive start to Euro 2020 for UEFA, and would give successful candidates an even more enjoyable time at one of the greatest sporting events to descend on our city.” 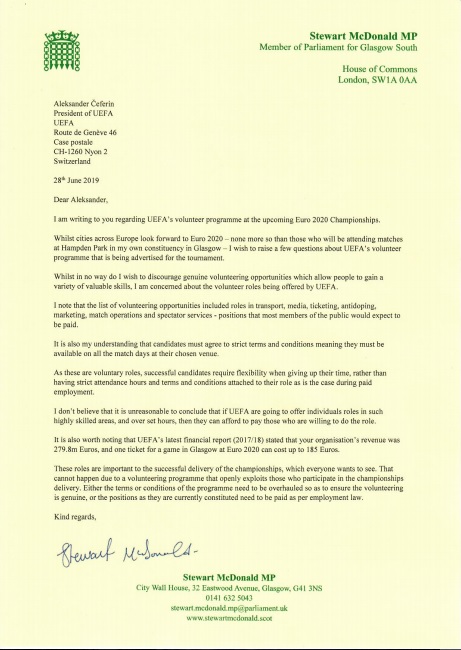