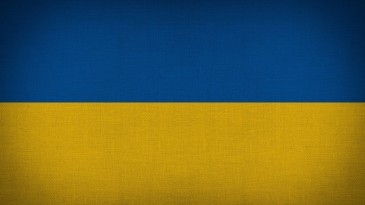 An SNP MP has called on the UK Government to get behind a Ukrainian initiative called ‘Resilience Hour’, calling on the world to switch off or dim their Christmas lights on the darkest day of the year, in solidarity with Ukraine.

Ukrainian MPs – with the backing of the mayor of Kyiv and many in Ukraine’s private sector – are asking people to switch off or dim Christmas lights in shops, restaurants, exhibition spaces, and homes across the globe for one hour on Wednesday 21 December.

It is hoped that this shared moment of darkness – inspired by the annual Earth Hour campaign - will act as a focal point of solidarity with the people of Ukraine as Christmas approaches, and many Ukrainians will spend the festive season enduring energy blackouts due to continued Russian bombardment of the nation’s energy infrastructure.

The MP has urged Rishi Sunak to follow the lead of others and promote Resilience hour and renew our focus on the importance of standing with Ukraine as Russia’s invasion continues.

"Millions of Ukrainians will spend this winter in the cold and dark, and a shared moment of darkness will remind everyone to stand united with Ukraine. As the festive season draws closer, and a time when the Ukrainian people suffer rolling blackouts due to Russia’s continued bombardment of their energy infrastructure, it is important to demonstrate that we have not forgotten Ukraine’s plight.

“Right back at the beginning of the February invasion, cities around the world lit up buildings in the national colours of Ukraine – yellow and blue – to show our solidarity. Ukrainian parliamentarians are once again asking us to use light to show that we are still with Ukraine, this time by turning them off or dimming them for one hour.

“This is a small but important gesture of solidarity with the people of Ukraine this Christmas. What they are being forced to endure is worse than most of us will ever have to imagine. It’s important that they know we have not forgotten about them.”

Ukrainian MP Lesia Vasylenko – one of the parliamentarians behind the idea - said:

“Christmas is just a few days away and still Russia is shelling Ukrainian towns and cities, leaving millions of us without light, heat and water in the most brutal of winters.

“But as we have seen since February this year, we have light in our hearts. I hope people will join in on this initiative to show solidarity with my fellow Ukrainians, and experience just a tiny bit of what we are going through: a Christmas with no Christmas lights.”