Posted on October 26 2016 at 14:21
Stewart McDonald, MP for Glasgow South, is calling upon his constituents to help reject plans from the Tory government to restrict tax credits to two children and introduce a “medieval” rape clause for vulnerable women who have been raped.

Last year the UK Government announced plans to restrict tax credits to two children and force women to provide evidence of exceptional circumstances, such as rape, to claim tax credits for a third child from April next year.

Local MP Stewart McDonald believes that women having to prove that they had been raped to DWP employees in order to receive social security payments is morally wrong and would cause needless additional trauma, as well as being completely unworkable in practice. SNP politicians have also branded the two child policy as being “tantamount to social engineering”.

After 15 months of SNP campaigning, the UK Government has finally relented and put the policy out to public consultation. Now, local MP Stewart McDonald is calling on constituents in Glasgow South to respond and reject the proposals before the consultation closes on Sunday 27th November.

He is urging constituents to email CAXTONHOUSE.CHILDELEMENTCONSULTATION@DWP.GSI.GOV.UK and place on record their fundamental opposition to this policy. The full consultation document can be found at www.gov.uk

“For fifteen months, the SNP has been fighting this Tory government’s medieval plans to introduce a rape clause and a two child policy, which is tantamount to social engineering.

"It has been suggested by the Government that a letter be issued to survivors of rape which they could keep to prove they were exempt from the two child policy and could be presented as and when required. This is totally unacceptable and I'll be making that point in my own submission.

"One question this Government can't answer is how limiting tax credits to two children per family fits in with its family test for policy. Put simply, this policy is anti-family and will stigmatise children.

"Faith leaders across Scotland also believe that this policy would directly discriminate families who, for religious reasons, might have larger families. There are just far too many unanswered questions and concerns around this policy. I am hopeful that by putting this out to consultation, the UK Government will finally realise that this policy is unworkable and immoral. I would therefore encourage everyone to respond and help defeat this appalling Tory proposal.” 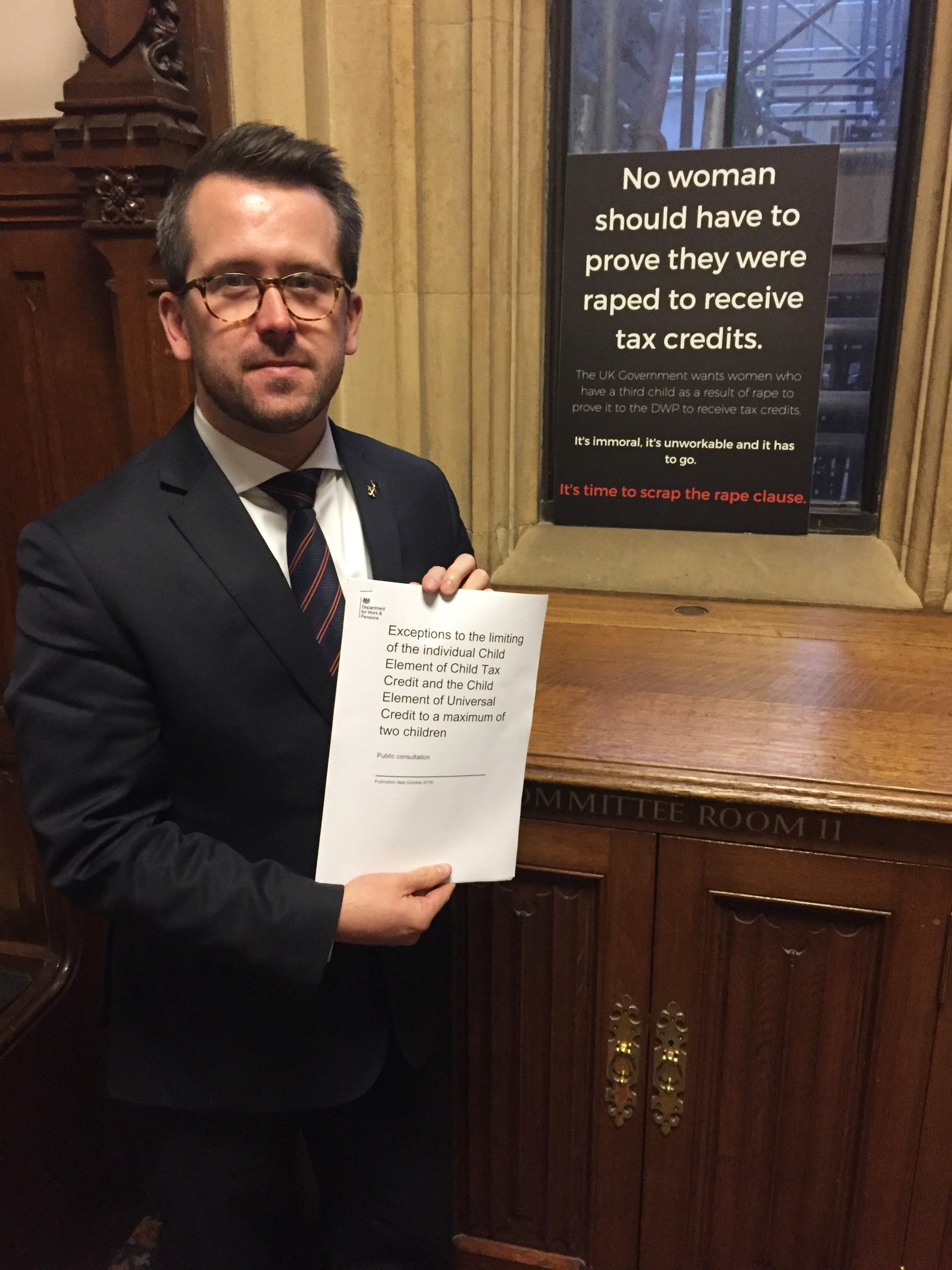