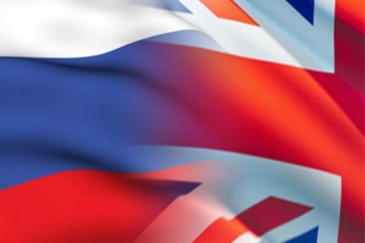 The Tory government has serious questions to answer over its "shocking failure" to act on Russian interference in the UK's democratic process – after the long-delayed ISC report concluded that the UK government had not seen or sought evidence of interference.

Responding to the report, SNP Shadow Defence Secretary Stewart McDonald MP criticised Boris Johnson for blocking the release of the report over many months, attempting to undermine and distract from its contents, and for failing to assess Russian interference in the EU referendum - calling for a fresh assessment to be made.

In publishing the report, ISC member Stewart Hosie MP stated "the report reveals that no one in government knew if Russia interfered in or sought to influence the [EU] referendum because they did not want to know. The UK government have actively avoided looking for evidence that Russia interfered."

"The damning ISC report lays bare the Tory government's shocking failure to deal with Russian interference in the UK’s democratic processes - and it raises serious questions about why Boris Johnson blocked its release for so long.

"It is clear that the Tory government deliberately failed in its duty to assess the level of Russian interference in the EU referendum, and the potential impact that had on the Brexit result - seemingly because it didn't want to know the answers. An independent inquiry must now happen.

"There must also be answers on whether briefings to the press, which sought to distract and mislead from the damning contents of the report came from within the Tory government. Given Scotland is barely mentioned in the report, it's clear this was done for malicious reasons.

“Despite the growing threat posed by sophisticated Russian misinformation campaigns, the report found that the UK government only ‘belatedly realised’ the level of threat after the DNC hack and leak operation. The Tory government clearly took its eye off the ball.

"During the election campaign, Boris Johnson claimed "There is absolutely no evidence that I know of to show any interference in any British electoral event". The report – which the Prime Minister had already read at that point - now makes clear that this is because the Tory government was not looking for it. This botched attempt at a cover up by Downing Street has been laid bare by the committee’s findings.

"The UK government must now work with our international allies and set out how it will get a grip of Russian interference. Any narrow party-political attempt to use this report to stymie democracy in the UK would be unacceptable. We need a sober reflection from government and parliament, and a thoughtful way ahead. The public would expect nothing less."