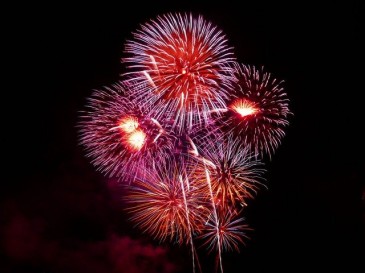 A survey conducted by Glasgow South MP Stewart McDonald, and finalised today (Dec 4th 2020), has found that the vast majority of residents in Glasgow South support additional restrictions on the private sale and use of fireworks, with 94% of respondents saying they supported further regulations.

A public survey for Glasgow South residents, with over 500 people responding, showed:

The survey demonstrates a similar trend in opinion to the Scottish Government’s consultation on fireworks, published last year, where 87% of people supported a ban on fireworks.

The survey was launched following some of the troubling scenes witnessed on Guy Fawkes Night this year and will inform representations Stewart McDonald MP will make to the UK and Scottish Governments on firework control.

The Scottish Government recently welcomed a report from experts that recommended a series of restrictions to be introduced around firework use.

“I’m very grateful to those who took the time to share their views on my survey on fireworks. It is clear that a staggeringly high number of local people consider fireworks to be a nuisance and a danger.

“Like the Scottish Government, I welcome the report from the expert review group, calling for tighter controls of fireworks, as far as it goes. There are a number of recommendations that are worth giving serious consideration to, such as the creation of no-fireworks zones, and I’m interested to learn more about how this could help protect my constituents from the nuisance that fireworks can cause, but also what the UK Government can do to help ease the concerns of my constituents.

“Many people let off fireworks in a safe and considerate way, but it can’t be denied that they can also cause nuisance – as was witnessed by some of the shocking scenes in the build up to and during Guy Fawkes night this year.

“I intend to share these results with Ministers in the Scottish and UK Governments in the hope that we can work together to consider how best to regulate the private sale and use of fireworks as my constituents wish to be the case.”