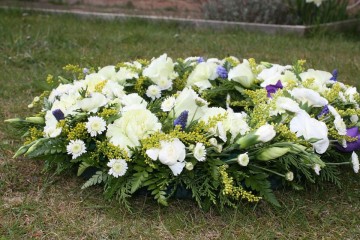 Following the CMA’s publication of a summary of issues on its investigation into funerals, the MP for Glasgow South had written to the CMA raising concerns that the standard, sale and marketing of pre-paid funeral plans would be largely omitted from the investigation, which could result in families remaining out of pocket and unscrupulous companies pocketing a hefty profit as a result.

Responding with a letter of their own, the CMA refused to widen the scope of their funerals investigation or reduce the time taken to produce a final report.

“Despite the Treasury’s plans to bring pre-paid funeral plans under the remit of the Financial Conduct Authority, they remain only proposals at this stage and are unlikely to be enacted on immediately.

“We should be doing all we can to ensure people do not fall victim to rogue funeral plans, and the Competition and Markets Authority’s (CMA) investigation into the funerals industry was another opportunity to ensure all bases are covered.

“Whilst I welcome the investigation, my worry is that it does not go far enough and the CMA’s failure to recognise this will leave consumers vulnerable, as their response confirms that the terms on which pre-paid funeral plans are offered will be excluded from the investigation.

“It is also utterly baffling that the CMA are sticking to their deadline of July 2020 for a full report on the funerals industry to be published. The CMA's justification for this is that it is subject to 'statutory time limits for completing market investigations'. But this statute only requires the CMA to report 'within 18 months'.

"This goes to show the timescale for the report could easily be shortened and the CMA should do so, instead of risking even more consumers becoming victims of dodgy pre-paid funeral plans whilst the CMA investigation is ongoing.