Car industry and Government have ‘learnt nothing from emissions scandal’

Posted on October 24 2016 at 11:14
SNP MP and Member of the Transport Select Committee, Stewart McDonald has written to the UK government following publication of new research that shows the car industry once again ‘utterly failing ‘ in its regulation of emission controls.

Stewart McDonald is asking for both the Transport and Environment Ministers at Westminster to clarify the use of defeat systems – software that will enable vehicles to pass official anti-pollution measures - in new diesel cars.

Results of tests by the European Research for Mobile Emission Sources show that even new diesel cars will produce far more toxins and emit higher levels of Nitrogen Dioxide.

‘’These figures show that the car industry seems to have learnt nothing from the emissions scandals. Consumers have already lost confidence in many motor manufacturers about both their promises to help cut emissions – and the way they manipulate regulations to get round controls.

‘’The regulations are – effectively – being neutered by companies who are doing their own industry huge harm.

‘’I want both the Transport and Environment ministers to address this – and explain how it can be that after months of revelations about the way the car industry has subverted regulations and cut corners – these defeat systems appear to give a green light for even more abuse of emission levels.

‘’The car industry as a whole already faces a severe lack of trust – and these findings will be unacceptable to the public- and the government needs to act on this without any further delay.’’ 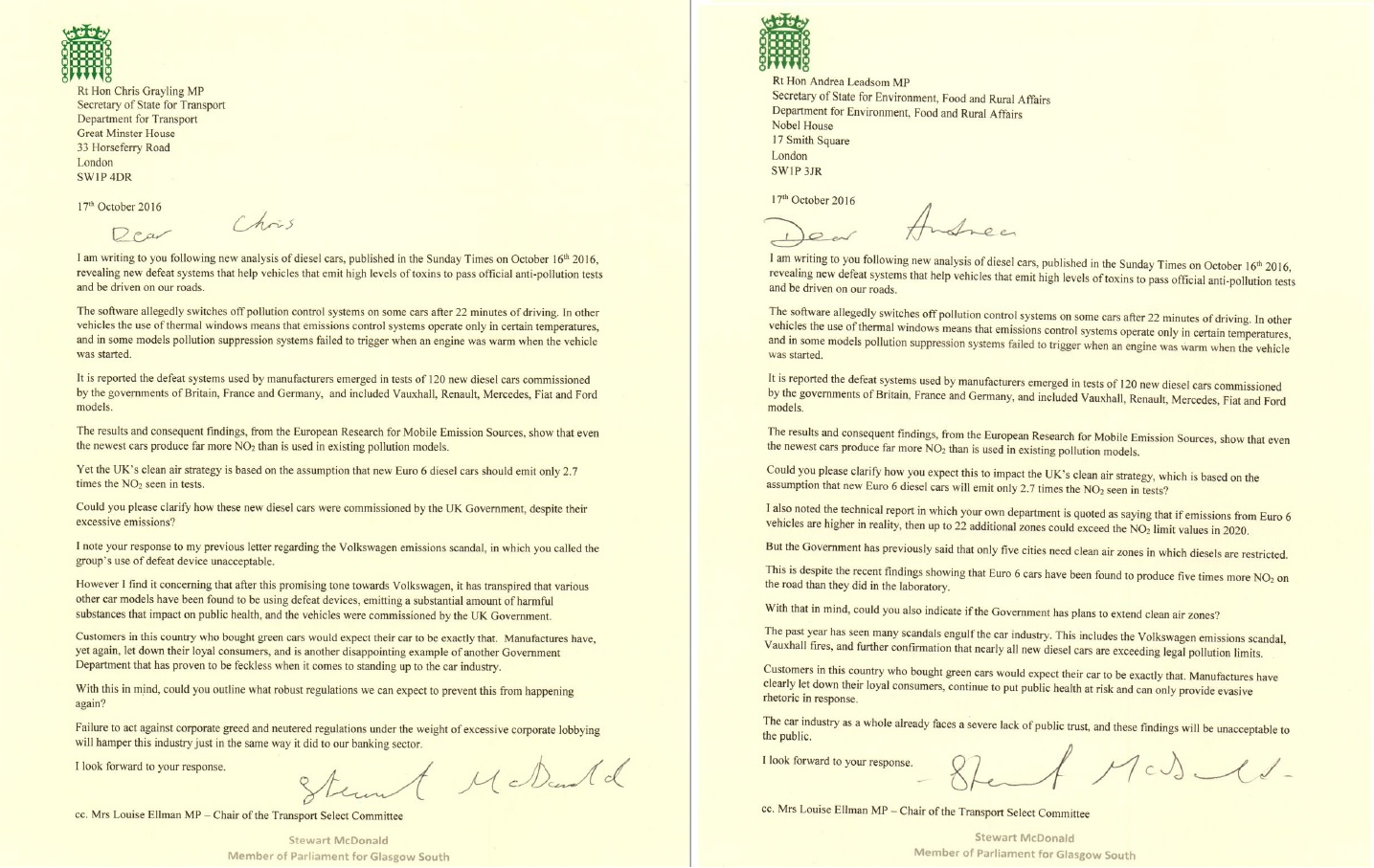