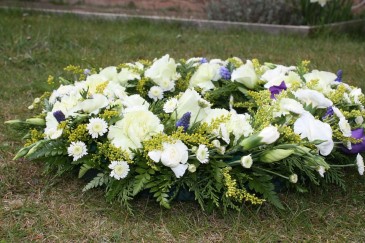 SNP MP Stewart McDonald has called for greater clarity in the pre-paid funeral plan industry following concerns that consumers are being left out of pocket after taking out a pre-paid plan.

Following meetings with local funeral directors in Glasgow South, concerns have been raised over widespread mis-selling in the pre-paid funeral plan industry, with vulnerable people being pressured into buying over-priced plans, leaving families out of pocket and unscrupulous companies pocketing a hefty profit as a result.

The Competitions and Markets Authority is currently consulting on a major funerals probe because of concerns over large price hikes, however the marketing and sale of funeral plans will not fall within the scope of any potential CMA investigation.

“Funeral plans can be a very effective way of planning for the future and ensuring that an otherwise costly and difficult time goes that little bit smoother for relatives and friends.

“Whilst very many funeral plan providers operate with very high standards there is unfortunately little that individuals and family members can do should the worst happen and a provider goes bust or there are hidden fees that haven’t been planned for.

“In the first instance, the Competitions and Markets Authority must consider looking at the marketing and sale of funeral plans as part of any potential CMA investigation into pre-paid plans.

“I encourage anyone who has had experience of such plans to take part in my survey to help provide greater clarity in the pre-paid funeral plan industry, which will ensure that consumers are no longer left out of pocket.”