Glasgow South MP and Transport Select Committee member Stewart McDonald has called for an inquiry by the committee into the recall of over 200,000 Vauhall Zafira B cars – following an engine problem that has resulted in some vehicles bursting into flames.

“Vauxhall’s reputation with its loyal customer base is now in question as they have handled this sorry affair appallingly. It should not have taken hundreds of cases of cars overheating to the point that they were going on fire for Vauxhall, or indeed the DVSA (Driver and Vehicle Standards Agency) to get a grip of the situation.

“Vauxhall have said that the blower motor resistors should never be repaired and should only be replaced. That then begs the question; who signed off on the repairs and why? This mistake has put the safety of the public at risk and shows, yet again, an industry that seems to have contempt for its consumers.

“I have now written to the Chair of the Transport Select Committee – of which I am a member – and asked for a formal inquiry in to this affair, and also a wider look at vehicle safety regulations.

“The VW scandal has shown just how creative manufacturers can be in getting around environmental regulations. The UK government must ensure that they are not putting public safety at risk by using that same creativity to potentially get around safety regulations as well.” 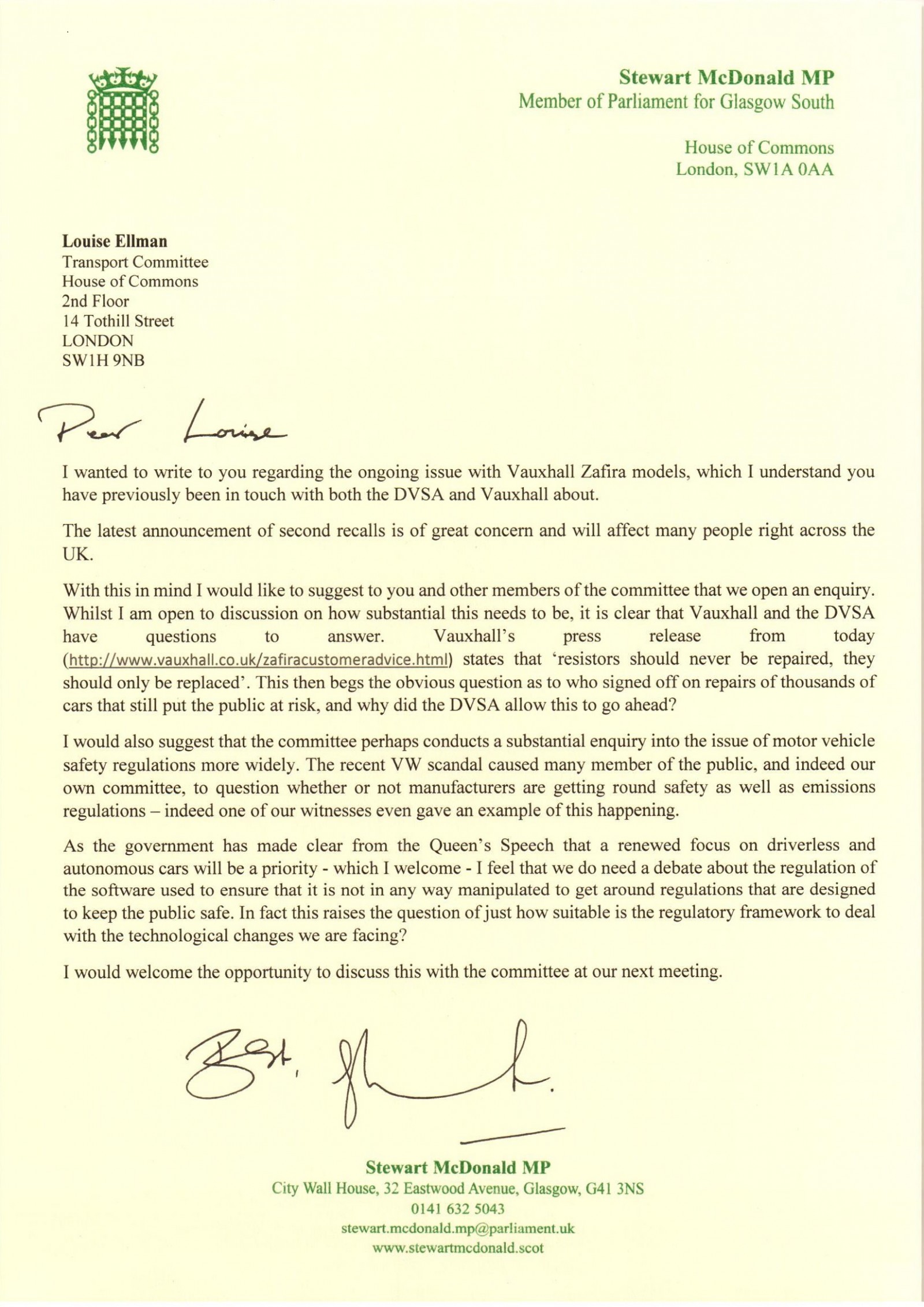